The Golden Ratio is Not a Myth

There is a lot about the golden ratio on the internet these days. Those who don’t know how to use it and those who don’t know how to analyse it, claim it’s a myth and concoct straw-man arguments to discredit its validity to design. It’s not a surprising reaction, given the multitude of golden rectangles and golden spirals that are superimposed over photos, artwork and architecture. It is probably more the fault of search algorithms that are just out to give you more of what you took an interest in. So if you are annoyed at all the golden ratio pictures that seem to be appearing on the internet, it’s time to actively find something else to look at!

Many of the images on the internet that claim to incorporate the golden ratio, I simply ignore. Much like the so-called golden ratio myth-buster arguments, some of it is a load of nonsense. Much of it is poorly supported by any real analysis and research.

The Golden Ratio and Beauty

I do not equate the golden ratio with beauty. The old nugget ‘Beauty is in the eye of the beholder’ is about as true as it gets for me. Some people find beauty in a carefully constructed mandela, while other people would not give it the time of day. 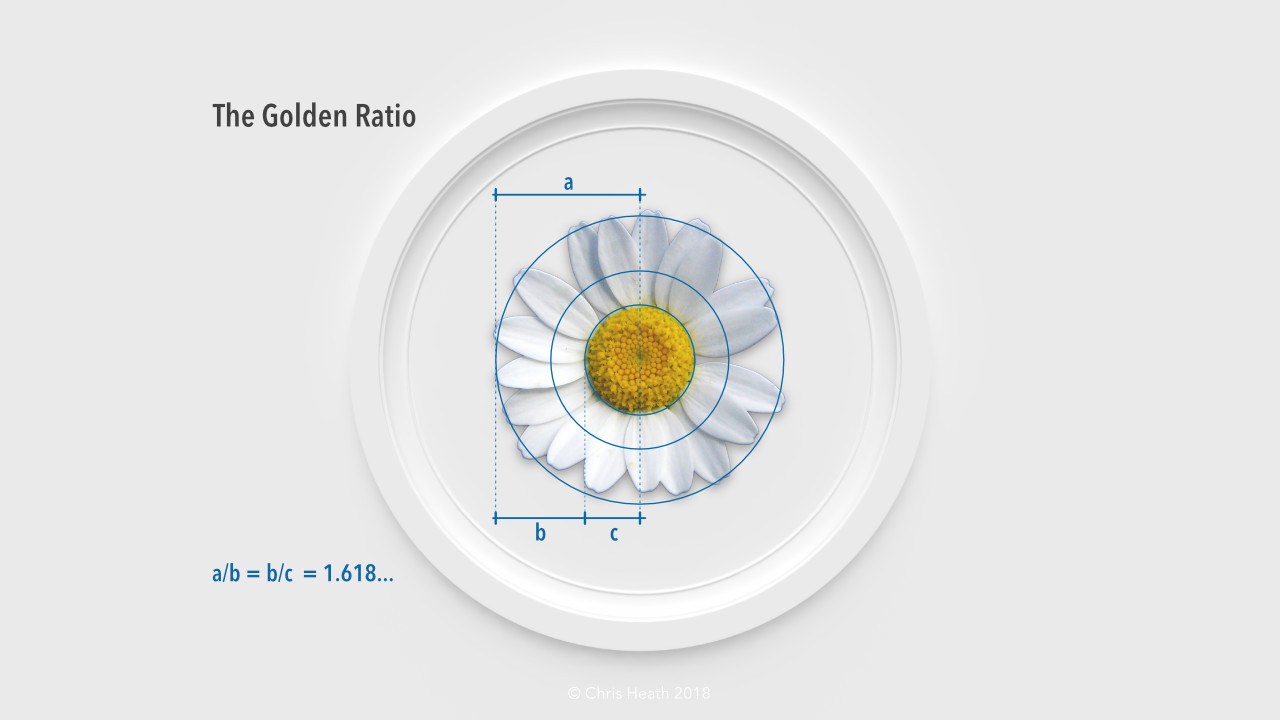 A Correlation Between a Daisy Flower and the Golden Ratio

The general proportions of a daisy correlate well to the golden ratio. While this isn’t an indication of beauty, it does uncover some useful principles or rules that are valid to design.

The more you explore something, whether it be a daisy, mathematics, a spider or a blow fly, the greater your appreciation for it grows, and the more beautiful it seems. I’ve seen many photos of flies and their iridescent surfaces that look absolutely stunning. My distaste for flies probably stems from knowing they can spread harmful bacteria; the flies themselves are harmless.

To claim that this most golden of ratios equates to beauty, is simply not a valid claim. Beauty and fashion go hand in hand; both are fickle. And that’s the end of my view on equating beauty with the golden ratio.

Asymmetrical Drawing with the Golden Ratio

This post is actually about my first Skillshare class on the golden ratio. It’s a short class of around 22 minutes, although this may grow if I decide to add an extra lesson or two over time. 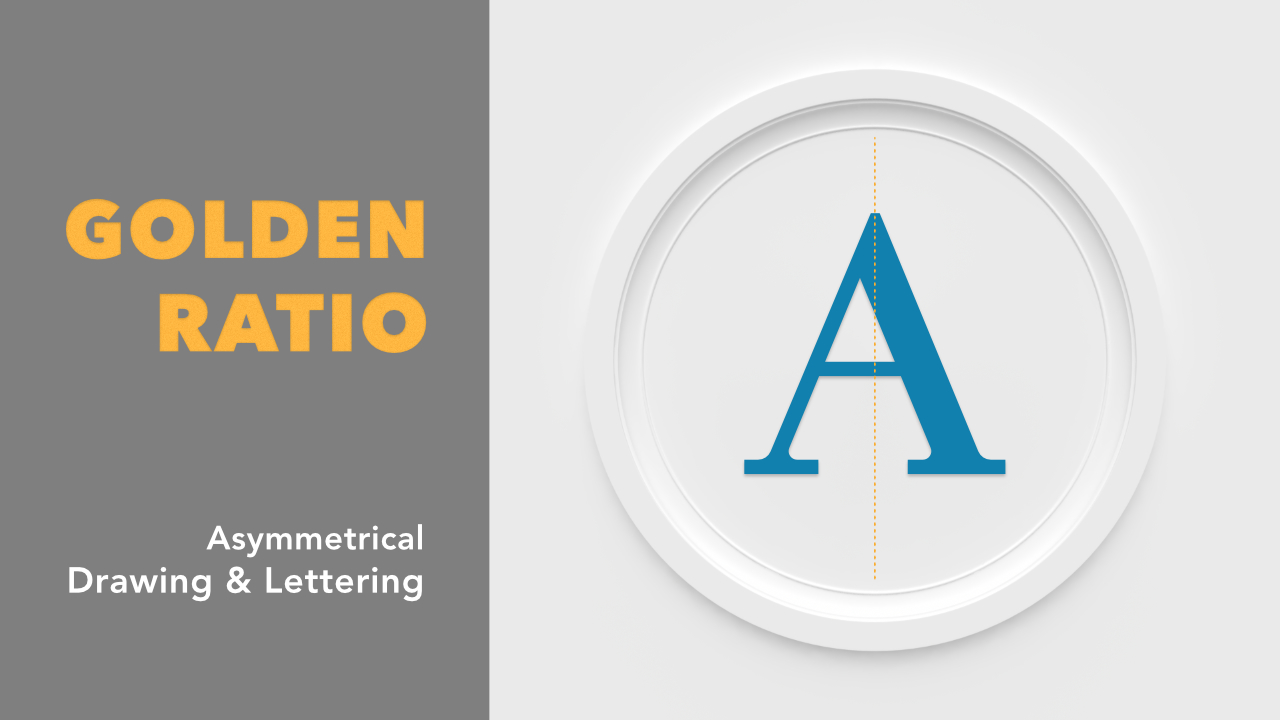 Asymmetrical Drawing and Lettering with the Golden Ratio

In this class we explore, through a series of simple drawing exercises, one of this ratio’s special properties. This property can best be described as balanced asymmetry. 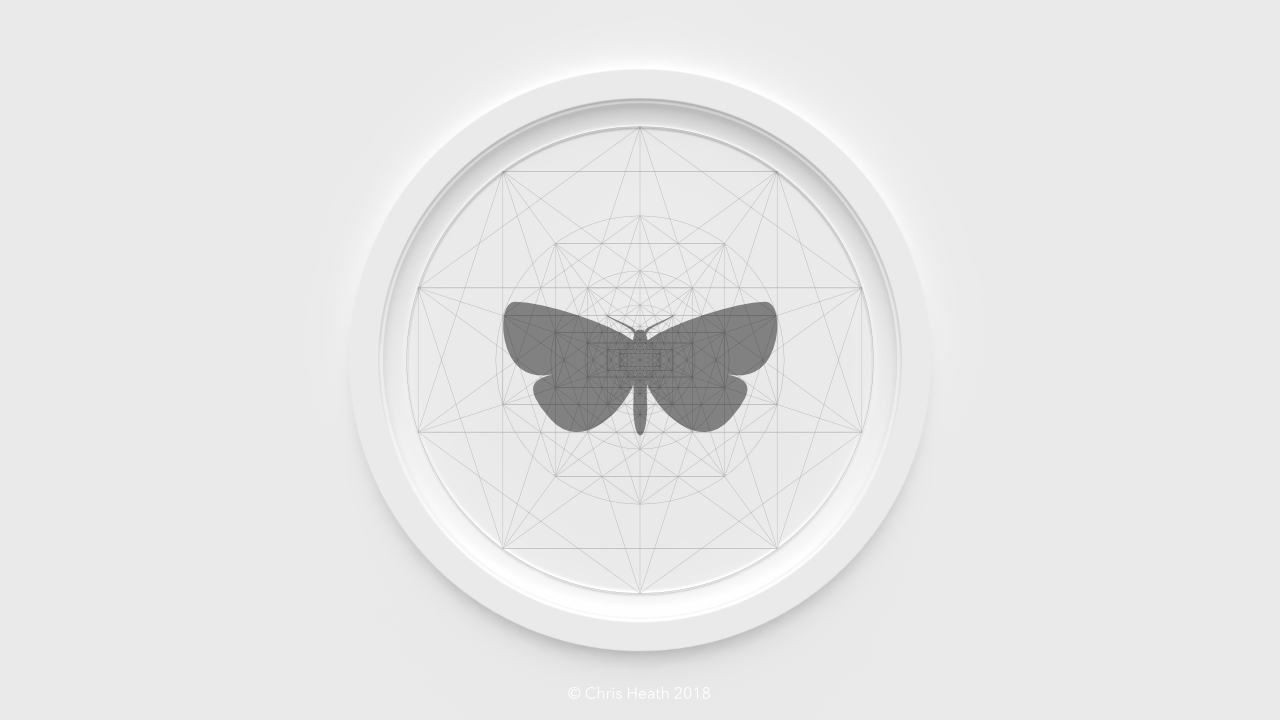 The golden ratio is one of a number of useful proportions that can be used to introduce asymmetry into our work, and to do this in a harmonious way. 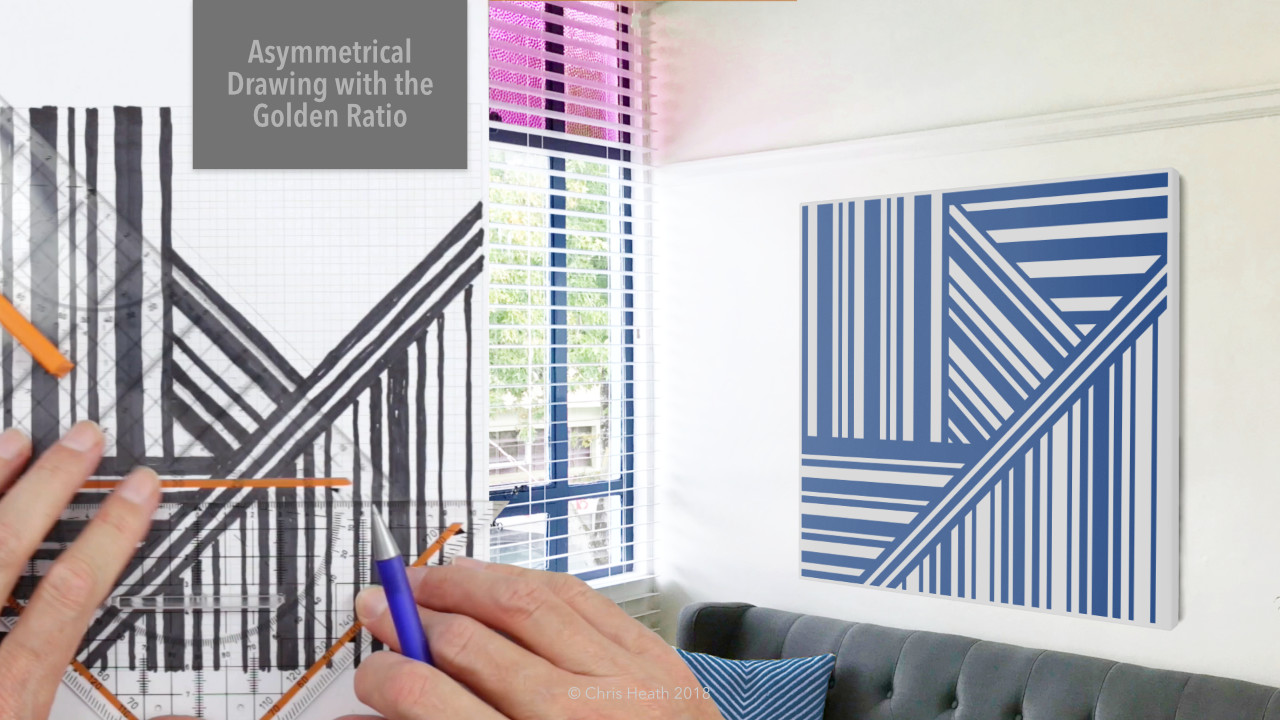 Creating a Rhythmic Pattern of Stripes

Symmetry is easy. Asymmetry is just as easy if you know where to begin.

All you need for this class is: 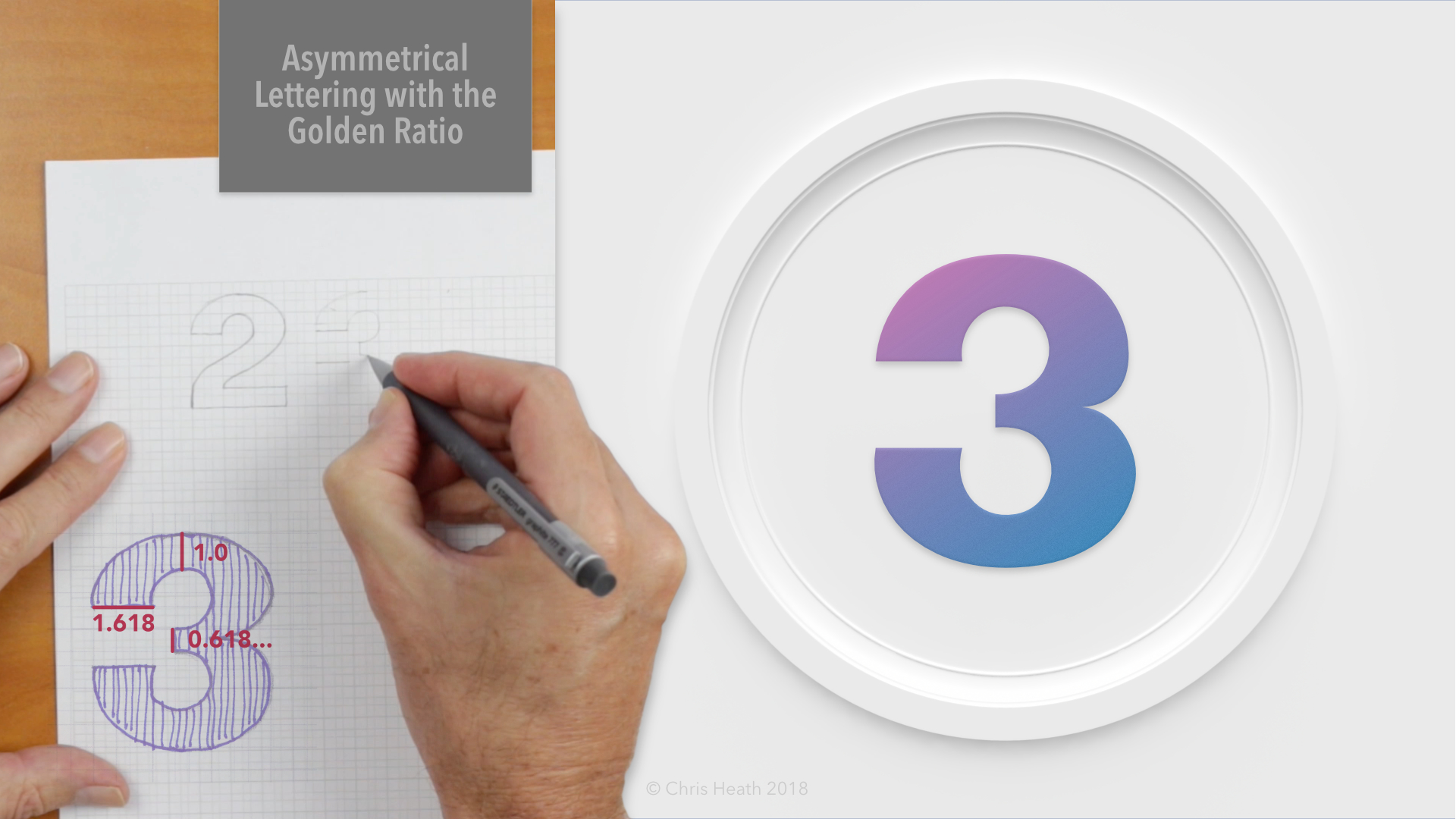 I was thinking the other day as to what I could do as a simple class project – something that isn’t covered in the class, yet something that can very quickly generate a wide range of patterns just by experimenting. Chevrons sprang to mind. So I set about using one of the class’s grids to generate some chevron patterns.

Below are few examples. For more examples, see this project in full flight. 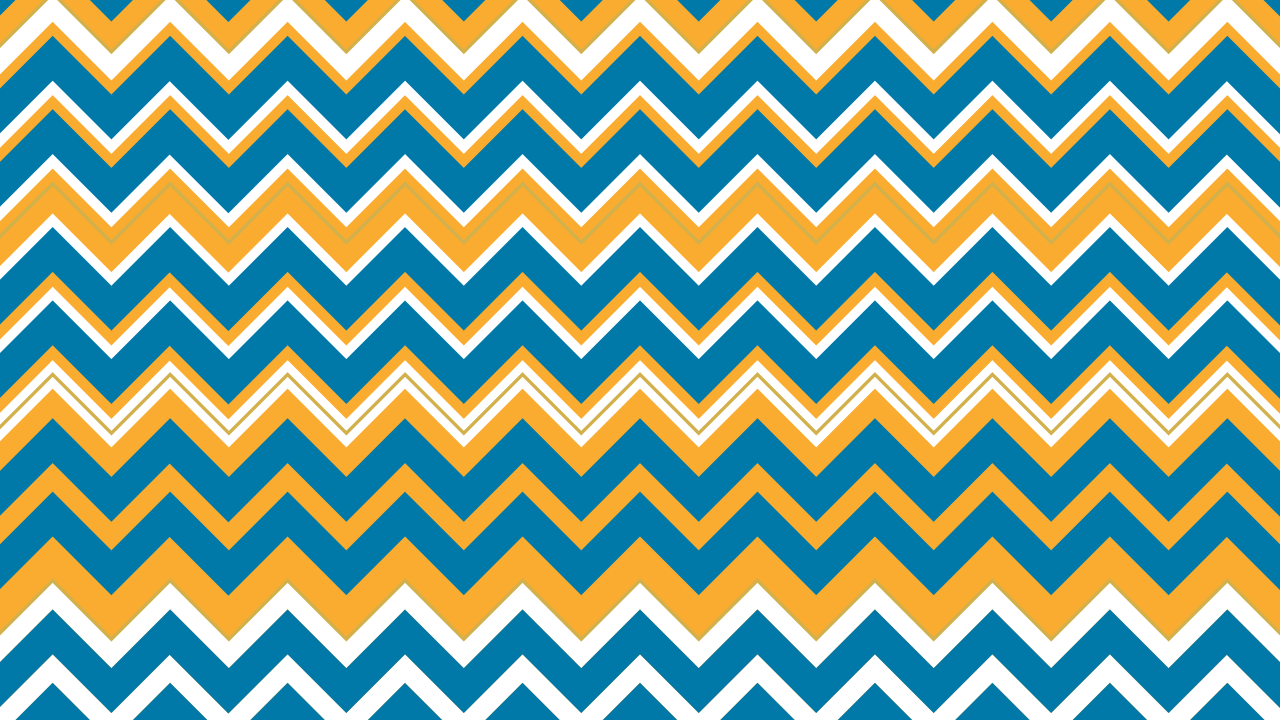 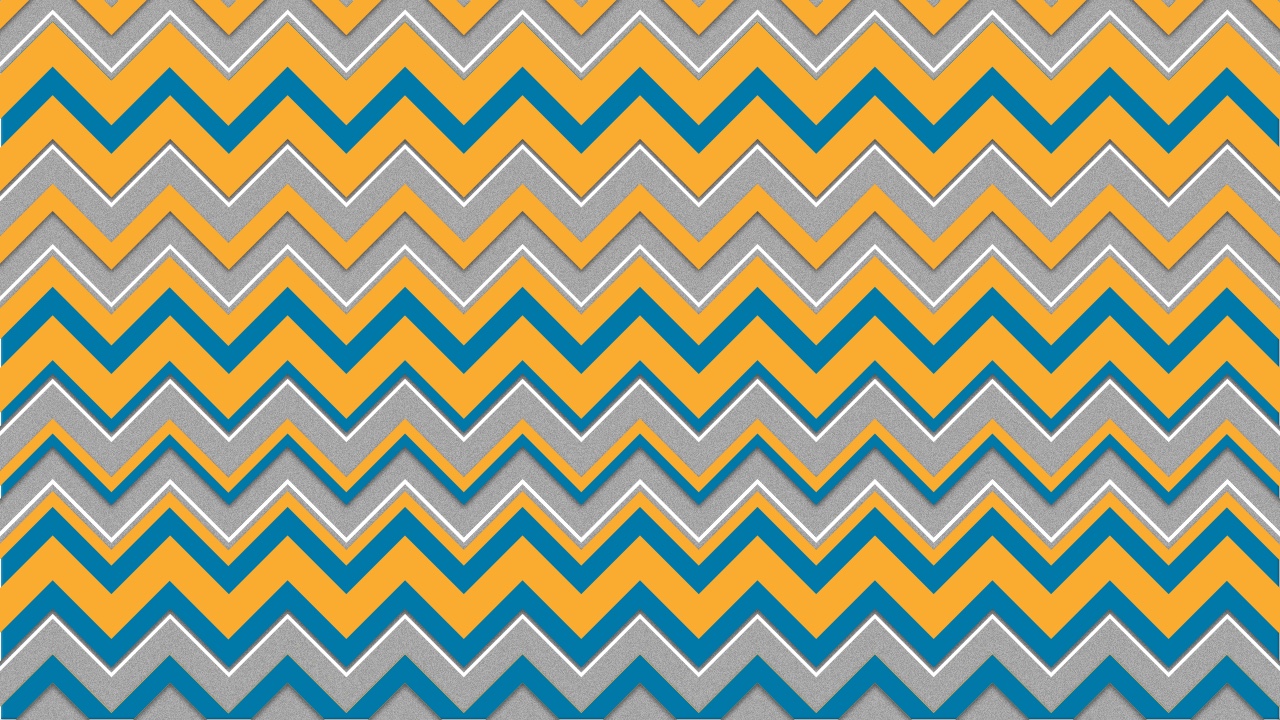