Designed for Kelly and Jo from ‘You, Me and the Dream‘, these round towels are based on the same proportional grid system that I use for designing icons.

The golden ratio was used to lay out the decorative elements of both towels. The radius of each of the blue circles in the grid (below) diminishes by a factor of 0.618… (the golden ratio). 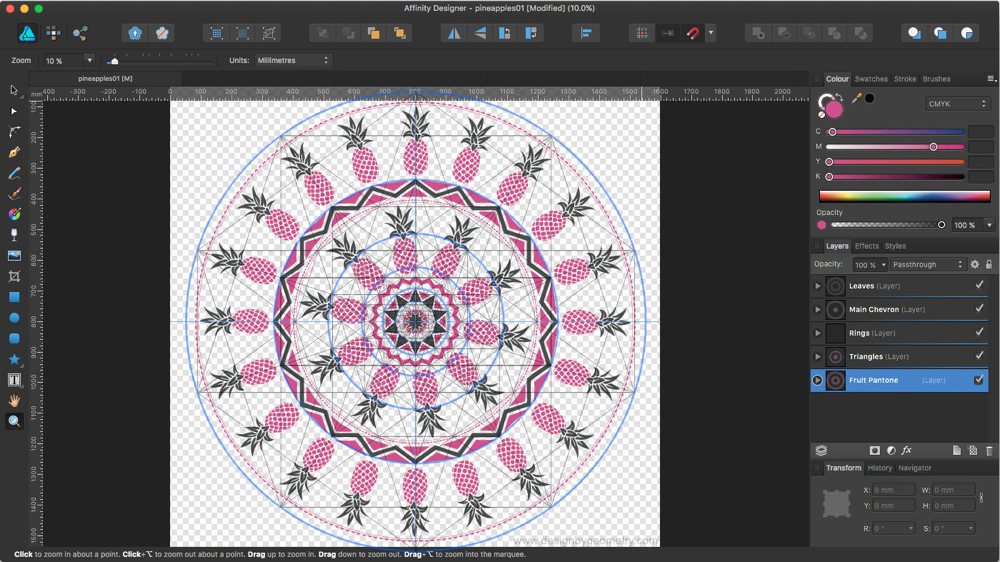 Both towels are made of top quality absorbent towelling with a velour backing to give them a luxurious softness and thickness. 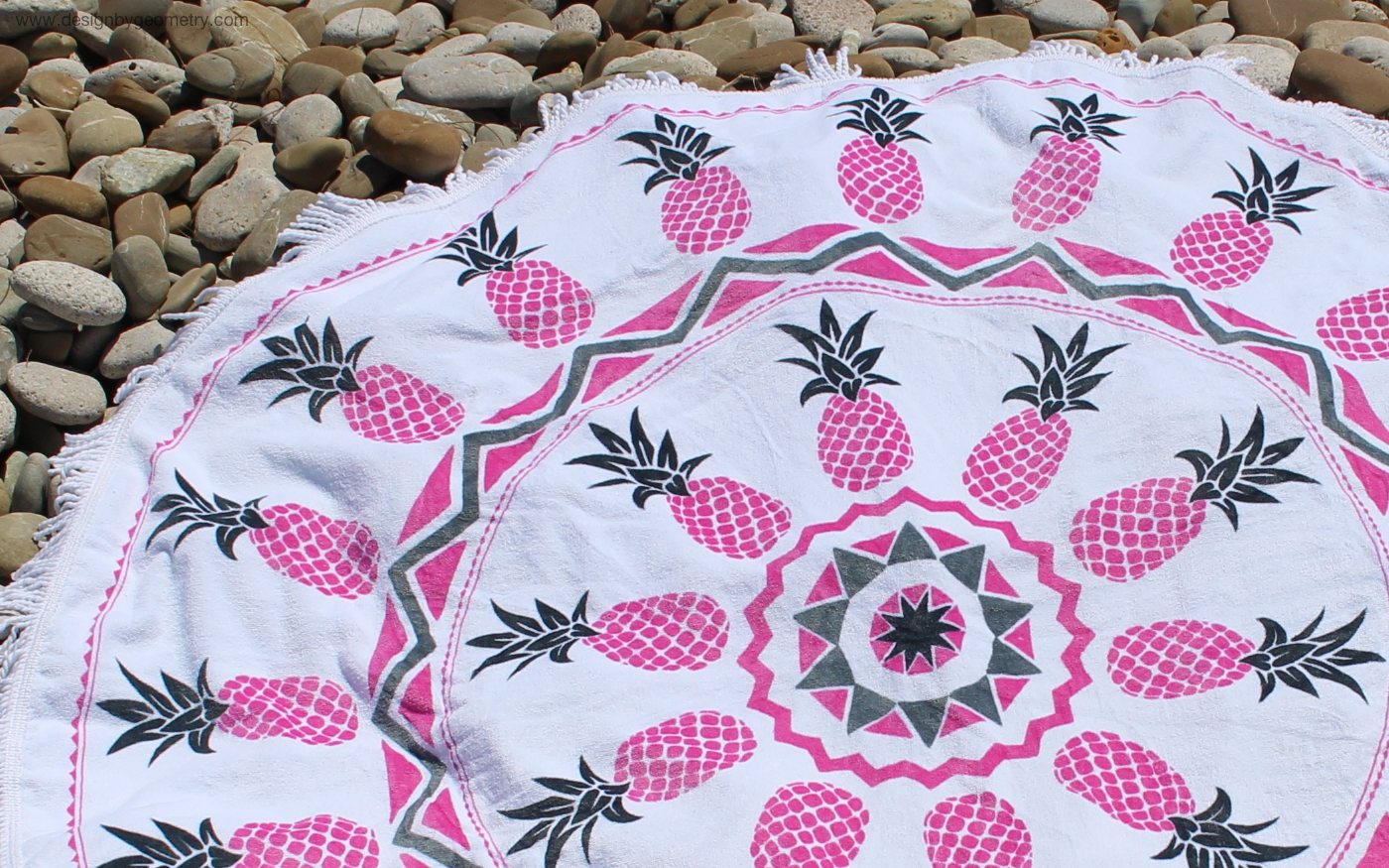 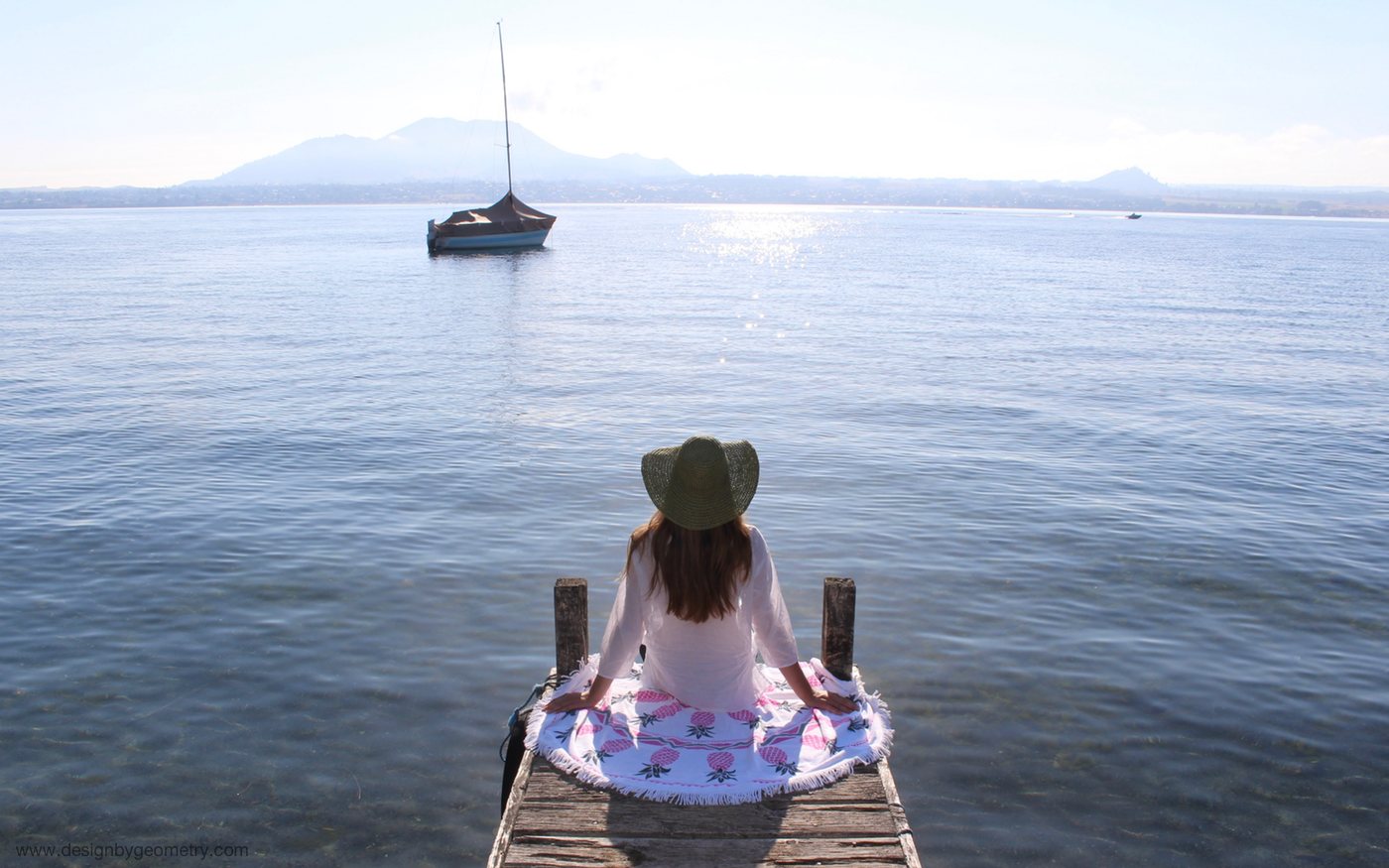 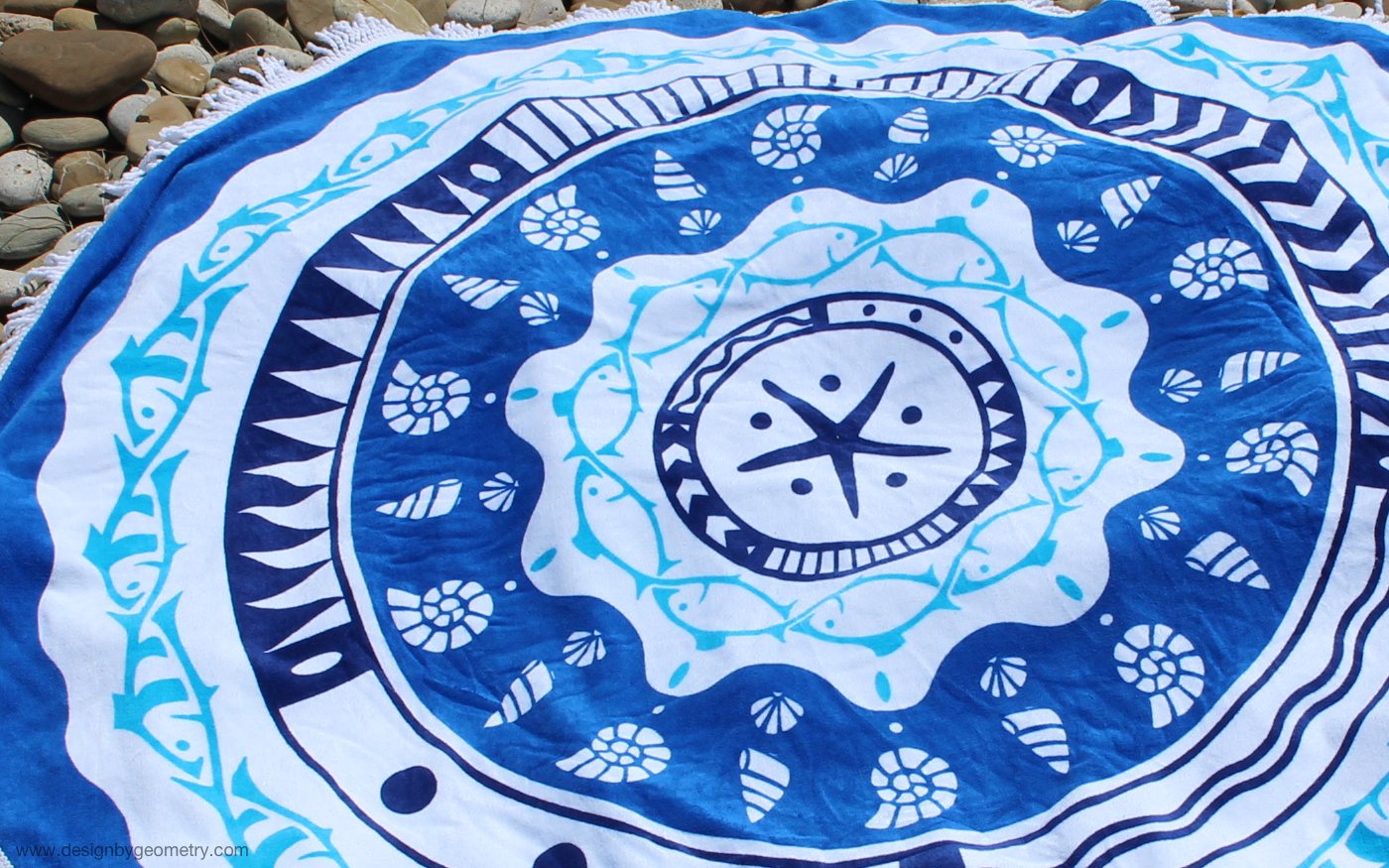 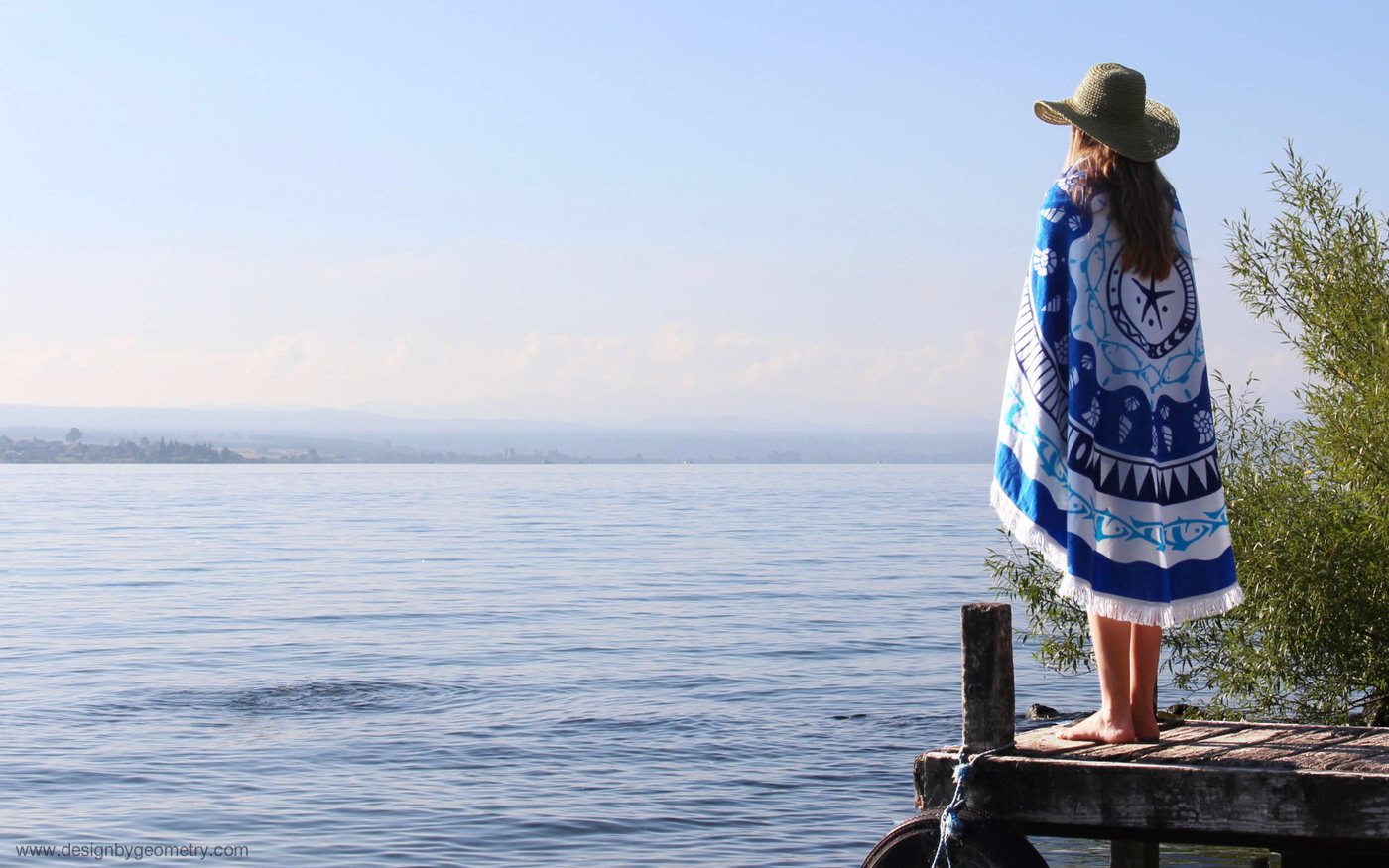 Where to Buy these Round Towels

These towels are available to purchase from You, Me and the Dream. At the time of publishing this post, the towels are also available from retail outlets in England, Europe and Australia.

Note: The Pina Round Towel is featured in the May 2016 edition of Tatler magazine under ‘Spring it On… Fresh Fashion Finds’.

If you have a Mac and Omnigraffle, you can download the grid that I used (along with some dynamic symmetry grids) for free in the form of an Omnigraffle stencil from Graffletopia. So far over 18,000 people have downloaded the Omnigraffle Dynamic Symmetry stencil.

Instructions on how to build some of these proportional grids step-by-step can be found in ‘Icon Design’. Icon Design is available to purchase from iBooks.